We Go to the Gallery: Dung Beetle Reading Scheme 1a by Miriam Elia 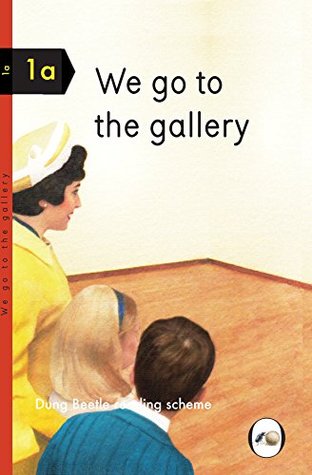 Have you taken children to a gallery recently? Did you struggle to explain the work to them in plain, simple English? With this new Dung Beetle book by artist Miriam Elia--a tribute to and a parody of the much-loved British Ladybird early learning children's books of the 1960s--anyone can learn about contemporary art and understand many of its key themes. Join John and Susan on their exciting journey through the art exhibition, where, with Mummy's help, they will discover the real meaning of all the contemporary artworks, from empty rooms to vagina paintings or giant inflatable dogs.


The 2014 limited edition of "We Go to the Gallery" was threatened with a lawsuit by Penguin UK (owners of the Ladybird imprint), which was withdrawn following a recent change in UK copyright law allowing for parody and satire.

This book is hilarious!
"Gosh! They are naked!"Says John"Is it bathtime ?"Says Susan"No." Says Mummy"Its Body Objectification time."
Posted by Elle at 08:30:00