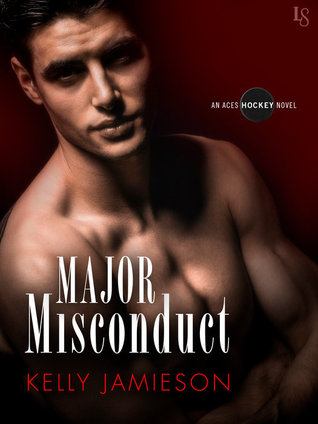 In Kelly Jamieson’s seductive new Chicago Aces romance—perfect for readers of Sawyer Bennett and Toni Aleo—a fun-loving free spirit tempts an uptight hockey star into opening himself up to love.As the captain of the Chicago Aces, Marc Dupuis is all business. The apartment he shares with his teammate and best friend, Duncan, is a refuge from the pressures of fame. But when the sexiest woman he’s ever seen interrupts his early morning coffee wearing only a skimpy cami and matching panties, Marc can’t exactly say he minds. Their chemistry is off the charts. Unfortunately, this girl’s no random puck bunny. She’s Duncan’s little sister—and she’s moving in.Lovey Armstrong could stare at Marc’s chiseled abs and listen to his French-Canadian accent all day. She just has no idea what’s going on inside his head: When he’s not charming her pants off, Marc makes a Zamboni machine seem warm and cuddly. Lovey knows the team’s bro code says no messing with sisters, but all these mixed messages are hard on a girl’s self-esteem—especially since she’s finally getting her new life together in Chicago. She decides he’s worth another shot . . . because if anyone can melt the ice around Marc’s heart, it’s Lovey.

2.5 slow paced Stars on Goodreads, Read from March 3rd to 5th 2016Ok so over all I did enjoy this read by Kelly Jamieson, However there where a few things that wrecked my head about the main characters.Marc was boring and kinda a wimp for a big hotshot hockey player!Lovey just needed to get her head out of her arse and stand up for herself with her brother. some of their conversations really bothered me.Another thing about Kelly's style of writing, she went into so much detail about things that didn't need so much detail this made parts a little boring for me.

In saying all this I will probably read the next book in the series.
Posted by Elle at 08:30:00