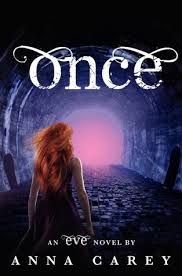 
Eve deals with everything is so well and never gives up searching for her friends and Caleb. And when faith hands Caleb to her and you think everything will work out for them, Anna Carey drops another bomb shell. This book ended in such a way that I’m so excited for Raise the last book in the series to come out.
Posted by Elle at 10:40:00